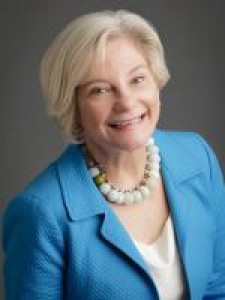 For her many contributions to the Bay Area business community, TMC Founder and President Barbara Morrison has been named to the Marin Women's Hall of Fame.

Oakland, April 20, 2016 (Newswire.com) - ​For her many contributions to the Bay Area business community, TMC Founder and President Barbara Morrison has been named to the Marin Women's Hall of Fame.

“This is a very special award in many ways, but for me it has particular significance because one of the early inductees, Catherine Munson, was a very important mentor to me,” Morrison said. “She truly was a trailblazer in commercial real estate.”

“For more than 35 years I’ve the joy and privilege of having a front row seat on so many small business success stories,” Morrison said. “The heroes of these stories are the entrepreneurs — the ones who have had the courage and the optimism and the guts to turn a dream and an idea into a business.”

“What has really inspired me is a recent revelation that growing small businesses not only grow the economy but these entrepreneurs are paying it forward,” Morrison said. “Remembering their struggles and their challenges, they relish their success to help those who are less fortunate build better lives.”

The Marin Women’s Hall of Fame is a signature program of YWCA San Francisco and Marin. Thirty years ago, prior to the Marin Women's Hall of Fame, which now recognizes 140 women leaders, few records of women's achievements had been recorded in Marin County. In its mission to empower women and eliminate racism, YWCA San Francisco and Marin stewards this annual event, ensuring a legacy for future generations that documents not only successes, but also represents a diverse sisterhood of women supporting each other, standing together and moving the needle on progress for all women.

“I want to give special thanks to my colleagues at TMC and Working Solutions because it is our success as a team that this award recognizes,” Morrison said.

Founded in 1981, TMC Financing is the largest provider of SBA 504 commercial real estate financing in Northern California and Southern Nevada, which allows small-business owners to finance commercial real estate and other fixed assets with as little as 10% down at long-term, below-market, fixed interest rates. TMC consistently ranks among the top CDCs nationwide, funding projects worth more than $8 billion across California and Nevada. Nearly 5,000 businesses have benefited from this financing, resulting in the creation or retention of an estimated 48,500 jobs. Business owners can confirm they meet the qualifications for an SBA 504 loan by visiting the TMC Financing website.

Working Solutions is committed to supporting the growth of Bay Area small businesses, offering microloans from $5,000-$50,000, and up to five years of free personalized business consulting, including mentorship, legal advice and financial education. To date, Working Solutions has provided more than $9 million in loans with a 96 percent repayment rate to more 340 local entrepreneurs, who have in turn created more than 1,100 jobs in our communities.